I Ride A Road Bike 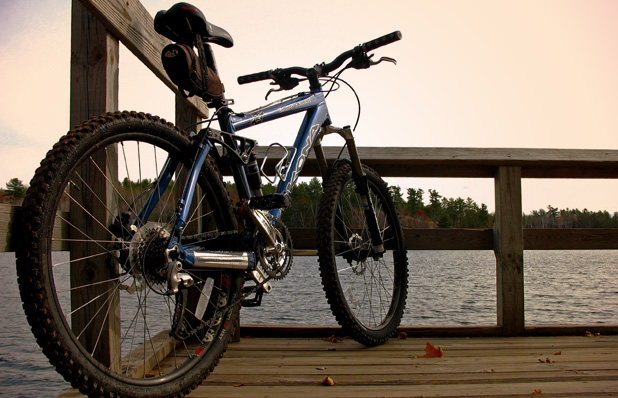 I ride a road bike (sometimes), and a mountain bike (more often). I can usually carry a spirited, even religious, conversation with anyone about either discipline. You don't have to ask me to talk about it – it will just come in the conversation. You might say it is the religion of exercise for me. And so, if you make the mistake of asking me about it, I can talk for some time – so be careful not to ask. We should listen to our conversations, when a topic emerges, it comes from our passions: wedding planning, new phone, latest movie. There seems to be no problem with discussion about our passions; the things that make us tick, give us pleasure, motivate us to action.

So suppose Christianity is not a religion at all, not a Sunday leisure activity, but an all-absorbing, passionate, consuming, way of life, a falling in love with God far above all other loves, and through Him, a falling in love for our fellow humans. Of course, such a way is hard and costly; however, we are loving Someone of infinite value. We, lovers of God, have traded in lesser things that, at best, are good for a few decades. People who turn in lesser loves for the ultimate Lover, know beyond all possible argument that they are in harmony with the Purpose of God, that Christ is with them, and in them as they set about His work in our disordered world. Their food is to do the work of the One they love supremely, John 4:34.

If anyone thinks this is a perilous and revolutionary teaching, so much the better. That is exactly what they thought of the teaching of Jesus Christ. That’s what it is! The light He brought to bear upon human beings was beyond radical. He calls us, who are supremely enamored with Him, to proclaim this passion, this rescue, to everyone, in every place, in winsome, convictionally passionate words.

Roland Allen speaks of this in the classic paragraph. Every phrase is worthy of deep contemplation.

“What carries conviction is the manifest disinterestedness of the speaker. He speaks from his heart because he is too eager to be able to refrain from speaking. His subject has gripped him. He speaks of what he knows, and knows by experience. The truth which he imparts is his own truth. He knows its force. He is speaking almost as much to relieve his own mind as to convert his hearer, and yet he is as eager to convert his hearer as to relieve his own mind; for his mind can only be relieved by sharing his new truth, and his truth is not shared until another has received it. This his hearer realizes…. To all this is added the mysterious power of a secret. Christian experience is always a secret; and the man who speaks of it to another always pays him a subtle compliment when he entrusts him with his secret of life... In speaking of it he goes through it again; in setting it before another he sets it before himself in a new light. He gets a deeper sense of its reality and power and meaning. In speaking of it he pledges himself to the conduct and life which it involves. He proclaims himself bound by it, and every time that his speech produces an effect upon another, that effect reacts upon himself, making his hold upon his truth surer and stronger.” Roland Allen, The Spontaneous Expansion of the Church.