The issue of so-called same sex marriage is dominating the news. And it should! This might possibly be the most massive shift in the law in the history of our county. We need to be ready and able to defend God's design not only biblically but philosophically and rationally. This blog post by Michael Kruger will be helpful as you formulate your responses in a gentle and respectful way. 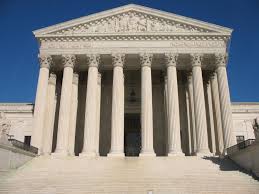 There has been a lot of talk in the last week over the oral arguments presented for and against same-sex marriage before the Supreme Court. Not surprisingly, the mainstream media is presenting the outcome as a foregone conclusion. There are no reasonable or logical reasons to be against it, we are told.

But, there is one main reason to be against same-sex marriage that the mainstream media simply won’t talk about. And it is a reason I’ve mentioned numerous times on this website (e.g., see prior posts here and here), and that many others have also observed.

That reason is simply this: the logic being used to promote same-sex marriage could be used to support a variety of other sexually questionable forms of marriage.

As I said in a prior post, “The logic used to justify homosexual marriage is like an acid that will eventually eat its way through every remaining sexual boundary in our culture. And pretty soon, there will be no boundaries.”

This very problem with the same-sex marriage argument was noted by several justices during oral arguments. The mainstream media hasn’t talked much about this, but here is a transcript of the conversation. Bonauto is the lawyer arguing for same-sex marriage and it is clear that she has no coherent answer to this problem. My own comments are embedded in the dialogue in blue.

Justice Samuel Alito: Suppose we rule in your favor in this case and then after that, a group consisting of two men and two women apply for a marriage license. Would there be any ground for denying them a license?

Mary Bonauto: I believe so, Your Honor.

Alito: What would be the reason?

This is the question Bonauto has been dreading…

Bonauto: There’d be two. One is whether the State would even say that that is such a thing as a marriage, but then beyond that, there are definitely going to be concerns about coercion and consent and disrupting family relationships when you start talking about multiple persons. But I want to also just go back to the wait and see question for a moment, if I may. Because—

The issue of “coercion and consent” is also a red herring. You will notice below that she just repeats this mantra with no explanation for what it means or for how it rules out other forms of marriage. And, as you will see, neither Alito or Scalia even understand what she is trying to say.

How quickly she tries to change the subject shows that she realizes it is a problem for her view.

Scalia rightly doesn’t understand her answer because she really didn’t provide one.

To continue reading, click here: What the Media Isn’t Telling You Regarding the Judicial Arguments Over Same-Sex Marriage