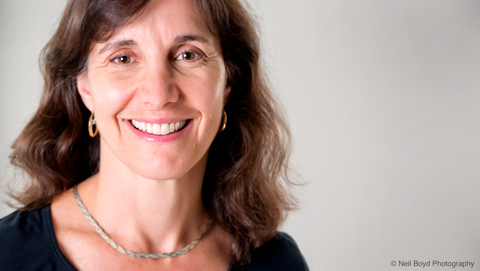 I just returned from a well-known (and well-heeled) Christian college, where roughly 100 demonstrators gathered on the chapel steps to protest my address on the grounds that my testimony was dangerous. Later that day, I sat down with these beloved students, to listen, to learn, and to grieve. Homosexuality is a sin, but so is homophobia; the snarled composition of our own sin and the sin of others weighs heavily on us all. I came away from that meeting realizing—again—how decisively our reading practices shape our worldview. This may seem a quirky observation, but I know too well the world these students inhabit. I recall its contours and crevices, risks and perils, reading lists and hermeneutical allegiances. You see, I'm culpable. The blood is on my hands. The world of LGBTQ activism on college campuses is the world that I helped create. I was unfaltering in fidelity: the umbrella of equality stretching to embrace my lesbian identity, and the world that emerged from it held salvific potential. I bet my life on it, and I lost.

When I started to read the Bible it was to critique it, embarking on a research project on the Religious Right and their hatred against queers, or, at the time, people like me. A neighbor and pastor, Ken Smith, became my friend. He executed the art of dying: turning over the pages of your heart in the shadow of Scripture, giving me a living testimony of the fruit of repentance. He was a good reader—thorough, broad, and committed. Ken taught me that repentance was done unto life, and that abandoning the religion of self-righteousness was step number one. The Holy Spirit equipped me to practice what Ken preached, and one day, my heart started to beat to the tempo of my Lord's heart. A supernatural imposition, to be sure, but it didn't stop there.

I'd believed gender and sexuality were socially constructed and that I was the mistress of my own destiny and desire. Through the lens of experience, this was self-evident. I'd built my whole house on the foundation of “gender trouble” (the title of Judith Butler's book), and then stood by, helpless, as it burned to the ground. But the Bible was getting under my skin. Hours each day I poured over this text, arguing at first, then contemplating, and eventually surrendering. Three principles became insurmountable on my own terms: the trinitarian God's goodness, the trinitarian God's holiness, and the authority of Scripture. And then, Romans 1 nailed me to the cross: “claiming to be wise, they became fools, and exchanged the glory of the immortal God for images resembling mortal man. . . . Therefore God gave them up in the lusts of their hearts . . . because they exchanged the truth about God for a lie. . . . For this reason God gave them up to dishonorable passions” (Rom. 1:22-26).

Homosexuality, then, is not the unpardonable sin, I noticed. It is not the worst of all sins, not for God. It's listed here in the middle of the passage, as one of many parts of this journey that departs from recognizing God as our author. Homosexuality isn't causal, it's consequential. From God's point of view, homosexuality is an identity-rooted ethical outworking of a worldview transgression inherited by all through original sin. It's so original to the identity of she who bears it that it feels like it precedes you; and as a vestige of original sin, it does. We are born this way. But the bottom line hit me between the eyes: homosexuality, whether it feels natural or not, is a sin. God's challenge was clear: do I accept his verdict of my sin at the cross of Christ, or do I argue with him? Do I repent, even of a sin that doesn't feel like a sin but normal, not-bothering-another-soul kind of life, or do I take up Satan's question to Eve (“Did God really say?”) and hurl it back in the face of God?

I had taught, studied, read, and lived a different notion of homosexuality, and for the first time in my life, I wondered if I was wrong.

As I write and speak today, 14 years have elapsed since my queer activist days. I'm a new creature in Christ, and my testimony is still like iodine on starch. I'm sensitive to three unbiblical points of view Christian communities harbor when they address the issue of Christianity and homosexuality. Everywhere I go, I confront all three.

1. The Freudian position. This position states same-sex attraction is a morally neutral and fixed part of the personal makeup and identity of some, that some are “gay Christians” and others are not. It's true that temptation isn't sin (though what you do with it may be); but that doesn't give us biblical license to create an identity out of a temptation pattern. To do so is a recipe for disaster. This position comes directly from Sigmund Freud, who effectually replaced the soul with sexual identity as the singular defining characteristic of humanity. God wants our whole identities, not partitioned ones.

2. The revisionist heresy. This position declares that the Bible's witness against homosexuality, replete throughout the Old and New Testaments, results from misreadings, mistranslations, and misapplications, and that Scripture doesn't prohibit monogamous homosexual sexual relations, thereby embracing antinomianism and affirming gay marriage.

3. The reparative therapy heresy. This position contends a primary goal of Christianity is to resolve homosexuality through heterosexuality, thus failing to see that repentance and victory over sin are God's gifts and failing to remember that sons and daughters of the King can be full members of Christ's body and still struggle with sexual temptation. This heresy is a modern version of the prosperity gospel. Name it. Claim it. Pray the gay away.

Indeed, if you only read modern (post 19th-century) texts, it would rightly seem these are three viable options, not heresies. But I beg to differ.
Worldview matters. And if we don't reach back before the 19th century, back to the Bible itself, the Westminster divines, and the Puritans, we will limp along, defeated. Yes, the Holy Spirit gives you a heart of flesh and the mind to understand and love the Lord and his Word. But without good reading practices even this redeemed heart grows flabby, weak, shaky, and ill. You cannot lose your salvation, but you can lose everything else.

Enter John Owen. Thomas Watson. Richard Baxter. Thomas Brooks. Jeremiah Burroughs. William Gurnall. The Puritans. They didn't live in a world more pure than ours, but they helped create one that valued biblical literacy. Owen's work on indwelling sin is the most liberating balm to someone who feels owned by sexual sin. You are what (and how) you read. J. C. Ryle said it takes the whole Bible to make a whole Christian. Why does sin lurk in the minds of believers as a law, demanding to be obeyed? How do we have victory if sin's tentacles go so deep, if Satan knows our names and addresses? We stand on the ordinary means of grace: Scripture reading, prayer, worship, and the sacraments. We embrace the covenant of church membership for real accountability and community, knowing that left to our own devices we'll either be led astray or become a danger to those we love most. We read our Bibles daily and in great chunks. We surround ourselves with a great cloud of witnesses who don't fall prey to the same worldview snares we and our post-19th century cohorts do.

In short, we honor God with our reading diligence. We honor God with our reading sacrifice. If you watch two hours of TV and surf the internet for three, what would happen if you abandoned these habits for reading the Bible and the Puritans? For real. Could the best solution to the sin that enslaves us be just that simple and difficult all at the same time? We create Christian communities that are safe places to struggle because we know sin is also “lurking at [our] door.” God tells us that sin's “desire is for you, but you shall have mastery over it” (Gen. 4:7). Sin isn't a matter of knowing better, it isn't (only) a series of bad choices—and if it were, we wouldn't need a Savior, just need a new app on our iPhone.

We also take heart, remembering the identity of our soul and thus rejecting the Freudian ideal that sexual identity competes with the soul. And we encourage other image-bearers to reflect the Original in knowledge, righteousness, and holiness, not in the vapid reductionism that claims image-of-God theology means he loves you just way you are, just the way your sin manifests itself. Long hours traveling the road paved by Bible reading, theological study, and a solid grasp on hermeneutical fallacies gets you to a place where as sons and daughters of the King, people tempted in all manner of sin, we echo Owen: “The law grace writes in our hearts must answer to the law written in God's Word.” We also take heart, remembering that God faithfully walks this journey with us, that victory over sin comes in two forms: liberty from it and humility regarding its stronghold. But it comes, truly, just as he will.

To see this article from it's original source, please click here: You Are What - and How - You Read